Issues have been identified by HM Revenue & Customs (HMRC) and the High Court which mean we must review all member records to ensure that the benefits being paid and/or accrued are correct. It is likely that there will be some members who have been receiving either over or under payments. However, due to the Plan’s strong financial position the Trustee, and the Company, have confirmed that in resolving these issues a) no member will be asked to repay any overpayments identified and b) no member’s pension will be reduced.

How did the GMP work?

GMP could be built up between 1978 and 1997. It’s important because HMRC uses this GMP calculation to work out how much State Pension you’re due. If you’ve been contracted out of the State Second Pension during your working life, the GMP is deducted from your State Pension entitlement to reflect the fact that you have paid less NICs and are due to get a higher private pension.

The first issue is that some of the records companies / HMRC hold on GMPs can date back decades and there can be errors in how it has been calculated. Consequently, HMRC has asked the administrators of pension schemes to check the records they hold against the information it holds, to see if they match up. We are currently undertaking a detailed exercise to do this and ensure that all members are receiving the correct amounts. Once we have completed this exercise, which will take some more time, we will contact anyone who has been affected.

You can check your State Pension forecast on www.gov.uk/check-state-pension - This link opens in a new browser window. This will give you an indication of what your weekly payment is due to be and how much is being deducted if you were contracted out.

The other issue is GMP equalisation. In a recent case involving the Lloyds Bank pension schemes, the High Court made an important decision about pension benefits that will affect some Plan members.

The judgement concerns members who were contracted out of SERPS between 17 May 1990 and 5 April 1997. In return for being contracted out of this part of the State Scheme during this period, members built up a GMP in the Plan as explained above. During this period, the State Pension age (SPA) for men and women was different – 60 for women and 65 for men – which meant that both the State Pension and the GMP built up in the Plan were unequal between men and women because both were linked to SPA. The High Court decided that where someone had built up a GMP between 17 May 1990 and 5 April 1997, their overall Plan benefits must be made equal. Anyone who built up GMP in the Plan between these dates may be impacted by this legal development. However, some things are still uncertain as the Court may be asked to reconsider and/or review related questions about transfers out.

It will take the Trustee some time to investigate which Plan members will need to have their benefits adjusted, and the relevant calculations which are needed to equalise benefits must be carefully considered with the professional advisers – this is a complex process and will involve recalculating benefits for a significant number of members. Therefore, we are currently unable to confirm if your benefits will need to be amended in light of this ruling. We will contact those affected in due course. However, as stated earlier, both the Trustee and the Company have confirmed that a) no member will be asked to repay any overpayments identified and b) no member’s pension will be reduced.

How the Plan is run 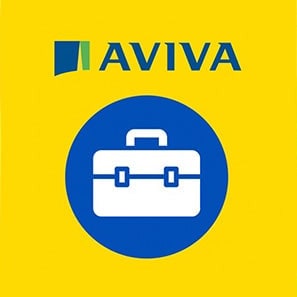 Download the MyWorkplace app today. The easy way to keep track of your pension. - This link opens in a new browser window

Login or register on Aviva’s MyWorkplace
Login or register on Secure Pension Portal
Unsure which one is right for you?
We are using cookies to give you the best experience on our site. Cookies are files stored in your browser and are used by most websites to help personalise your web experience. By continuing to use our website without changing the settings, you are agreeing to our use of cookies.
Learn More about cookies Close
Privacy & Cookies Policy

This website uses cookies to improve your experience while you navigate through the website. Out of these cookies, the cookies that are categorized as necessary are stored on your browser as they are essential for the working of basic functionalities of the website. We also use third-party cookies that help us analyze and understand how you use this website. These cookies will be stored in your browser only with your consent. You also have the option to opt-out of these cookies. But opting out of some of these cookies may have an effect on your browsing experience.
Necessary Always Enabled
Necessary cookies are absolutely essential for the website to function properly. This category only includes cookies that ensures basic functionalities and security features of the website. These cookies do not store any personal information.
Non-necessary
Any cookies that may not be particularly necessary for the website to function and is used specifically to collect user personal data via analytics, ads, other embedded contents are termed as non-necessary cookies. It is mandatory to procure user consent prior to running these cookies on your website.
SAVE & ACCEPT